We would like to inform our 2TIFF users regarding the latest news that appeared in May 2020. Rich Turner, senior program manager at Microsoft suggested, that the classic Command Prompt (cmd.exe) is outdated and should not be used for development.

Initially released in 1987, Command Prompt (cmd.exe) is a built-in Windows command interpreter that is still available in Windows.

Whether you decide to stop using Command Prompt or not, you should not worry.

2TIFF, a command-line utility for converting office documents and images to the TIFF format, can work from PowerShell, including Windows PowerShell 5, PowerShell 6, and PowerShell 7. Actually, it doesn't matter from where it is used: cmd.exe, PowerShell, or any other command-line tool – 2TIFF will work just fine.

Besides, 2TIFF commands can be executed from PS1, BAT, VBS, and other scripts.

Thus, 2TIFF works well from any script, command-line editor, or interface that's comfortable for you to use. 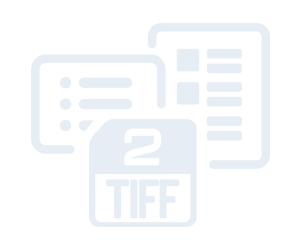